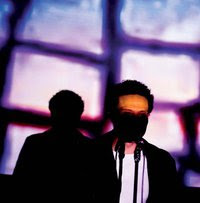 "This language [a kind of unique language half-way between gesture and thought] cannot be defined except by its possibilities for dynamic expression in space as opposed to the expressive possibilities of spoken dialogue. And what the theater can still take over from speech are its possibilities for extension beyond words, for development in space, for dissociative and vibratory action upon the sensibility. (...) Here too intervenes (besides the auditory language of sounds) the visual language of objects, movements, attitudes, and gestures, but on condition that their meanings, their physiognomies, their combinations be carried to the point of becoming signs, making a kind of alphabet out of these signs. (...) It seeks to exalt, to benumb, to charm, to arrest the sensibility. It liberates a new lyricism of gesture which, by its precipitation or its amplitude in the air, ends by surpassing the lyricism of words. It ultimately breaks away from the intellectual subjugation of the language, by conveying the sense of a new and deeper intellectuality which hides itself beneath the gestures and signs, raised to the dignity of particular exorcisms."
Antonin Artaud, The Theater of Cruelty (First Manifesto), in "The Theater and its Double" 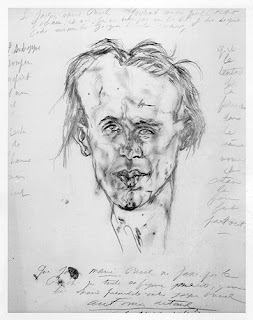 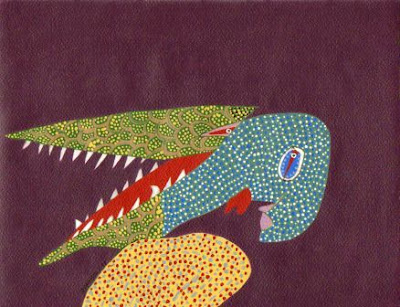 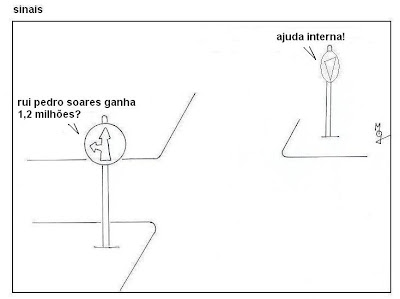 "We might ask ourselves how we would be reacting if Iraqi commandos landed at George W. Bush’s compound, assassinated him, and dumped his body in the Atlantic."

"In the great repressive entities there were still real relationships of force, and therefore possibilities f struggle. In the small ones every individual is bound hand and foot by systems of relationships, influences and feelings that there is no getting to grips with, and which in any case implv other forms of 'liberation'. As i see it, the policy of community psychiatry and.psychoanalysis (and the two are now closely related) corresponds to the most sophisticated technocratic lorms of population surveillance and control. Power still seekins itself, but power that will eventually find itself. And thougt the community policy is still a failure in terrns of power - apart from the field of child psychiatry - it could quite easily make a fresh start.  What could be more perfect than a repression which needs no policemen at street corners, but works permanentlY and unobtrusively via one's work,  one's neighbours, everywhere? The sameg oesl or psychoanalysis: it is gradually getting to be everywhere - at school, at home, on television."Félix Guattari, Anti-Psychiatry and Anti-Psychoanalysis in 'Molecular Revolution' (1984), p.48 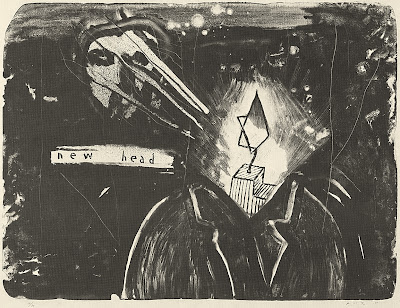 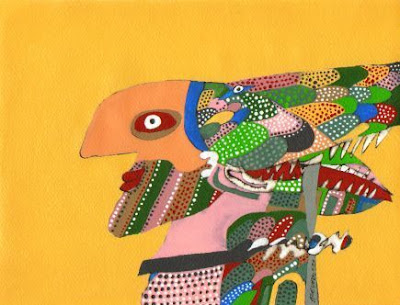 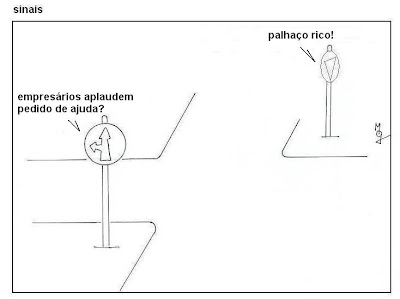 The NATO Research and Technology Organisation’s 1999 Technical Report Land Operations in the Year 2020 (LO2020) concluded that in the future it is likely that NATO forces will have to conduct operations in urban areas, i.e. where physical structures, non-combatants and infrastructure will be significant characteristics. Furthermore LO2020 concluded that such operations will pose significant challenges for the Alliance. Present capabilities for operating in urban areas are essentially those of World War II, which are characterised by high levels of casualties and extensive collateral damage. Currently NATO commanders have very few military options which would avoid serious damage and casualties when dealing with an
enemy in urban areas. Such effects are unacceptable, particularly at the lower levels of conflict, where NATO forces are more likely to become involved. Therefore, it is essential that NATO provides its commanders with a range of capabilities for dealing with the varying conditions of operations in urban areas.
To follow up on these findings, SHAPE established a Military Application Study to examine the need for joint and combined doctrine and concepts for operations in urban areas. Seven NATO nations agreed to provide members for the Study Group, and the Studies, Analyses and Simulation (SAS) panel agreed in May 2000 that the UK should provide the Director. The Study Group examined the requirements of the
SAS panel and prepared this Report for further consideration. The results are intended to identify directions for further research and to contribute to the NATO Defence Planning Process, the Defence Capabilities Initiative, and the Concept Development Experimentation Process.

The Study Group adopted a staged approach. It began with an examination of the future urban environment.It then outlined an overall conceptual framework for urban operations and operating guidelines. Thisidentified a number of desired operational level capabilities needed to conduct such operations successfully. These capabilities were themselves refined against further operational parameters then tested in a controlled Urban Seminar Wargame (USW) using two scenarios: one of a crisis response operation and the other a war fighting situation. Finally this led to the identification of mission needs/needed capabilities and a potential “roadmap” to address them.

The Study Group began by outlining a description of the likely nature of the future urban environment. It observed that urban areas will continue to increase in number and size and are likely to become focal points for unrest and conflict. The physical and human complexity of this environment presents unique challenges for a NATO commander which are not adequately addressed by those military capabilities designed for open environments.

4. The Manoeuvrist Approach to Urban Operations

The Study Group then identified an emerging overarching approach to urban operations that holds the promise of leading to significantly improved capabilities. The more traditional approaches to improving urban capabilities are focused at the tactical, single-Service level. These aim to help tactical forces better cope with the conditions of uncertainty, close proximity to the enemy and vulnerability that characterise tactical engagements. Initiatives include improved personal protection, wall breaching techniques, etc.
Emerging doctrinal approaches could enable a NATO commander to employ manoeuvre at the operational level in an urban environment in order to “Shape” (not just cope with) the conditions of the tactical fight. Initiatives include the use of joint surveillance assets to better focus the tactical engagements against the
enemy’s critical points, and remote strike assets to reduce the amount of close combat required or to control information, mobility and the support available to the enemy’s tactical forces.
“USECT” is a conceptual framework that can be used to describe the manoeuvrist approach. (This framework was first introduced by the US in a doctrinal publication dealing with joint operations in an urban environment.
It stands for Understand, Shape, Engage, Consolidate, and Transition. These components can be employed separately, sequentially or simultaneously. The traditional approach to urban operations lacks the ability to gain information and knowledge regarding enemy locations, movements and status in an urban environment. Tactical information is frequently gained only when an enemy has been engaged, emphasising the “Engage” portion of the framework. This generally results in the application of overwhelming force to defeat an enemy.
In contrast, the manoeuvrist approach seeks to “Understand” the nature of the enemy, his locations and intentions before engagement by employing ISTAR and other assets, and to use the information gained to “Shape” the urban battlespace. This emphasises the “Understand” portion of the framework, and will allow a NATO Commander to employ a manoeuvrist approach at the operational level to “Shape” the tactical combat actions to advantage and “Engage” an enemy with precision effects, thereby reducing casualties and collateral damage.
Since tactical engagements will continue for the foreseeable future, a co-ordinated programme including both tactical and operational-level improvements is needed. Initiatives at the operational level, however,hold the promise of dramatic improvement.

In order to achieve an overall manoeuvrist approach, a NATO commander has to have improved capabilities to Understand, Shape, and Engage in an urban environment. In order to identify and develop these capabilities, the Study Group first reviewed the full range of urban missions and identified operational concepts that a NATO commander might employ to conduct each mission successfully. These concepts are of two types: a traditional type in which the ability to “Understand” within an urban area is very limited(siege, destruction, frontal assault), and an emerging type in which improved doctrine and capabilities are utilised to Understand, Shape, and Engage with precision effects within the battlespace (precision strike, nodal isolation and capture, segment and capture, etc.)

Recommendation
The Study Group recommends that NATO adopt the mission types and emerging operational concepts identified as the basis for further study, investigation and experiment.

The capabilities required by each operational concept were identified by the Study Group and presented using the USECT framework. The “Capabilities Assessment Seminar” (CAPS) held in September 2001 resulted in a consolidated list of 42 operational-level capabilities (recorded in Chapter 5.) All of these capabilities would be necessary for a NATO commander to conduct successfully operations in an urban
environment. To allow a more detailed examination of the most important capabilities, only 15 were designated as “key capabilities.” Two principal criteria used for this selection were: military significance and the extent of the capability gap, as judged by the Study Group.

7. Potential Solutions
The final part of the study was to determine actions that could develop the key capabilities. These actions were classified into the types of initiatives that might be taken and were separated into four categories:Doctrine, Organisation, Training and Materiel. Although more than half of the capabilities were driven by Materiel, a significant number had drivers in the areas of Doctrine, Organisation and Training.
To gain further insight into the nature of potential solutions, an Urban Seminar Wargame (USW) was conducted by the Study Group in November 2001. For this activity twelve “System Concepts” were identified that could provide the required capabilities. Specific representative systems were then examined in the Wargame and their military attractiveness, technical attractiveness, technical risk and research cost were assessed by the Study Group. Three different vignettes were considered in this process. Both the CAPS and USW assessments show that the essential capabilities are to collect, communicate,process, fuse, assimilate, and distribute information from many different sources, especially HUMINT, in a responsive manner. The sensors and platforms that support these capabilities emerged as the most valued by USW participants.
The ability to exploit effectively the information gained to “Shape” and “Engage” also received high priority. Key systems included unmanned vehicles and non-lethal weapons to reduce casualties, and precision delivery to limit collateral damage.

Recommendations
The Study Group recommends that NATO should focus on potential solutions for enhanced capabilities in urban areas at the operational level of command.
It is also recommended that NATO give priority to Concept Development and Experimentation in order to determine potential solutions across all aspects of Doctrine, Organisation, Training, Materiel, Leadership,Personnel and Facilities (DOTMLPF). This should include:
• Identifying those modelling and simulation requirements for operational analysis and training.
• Addressing policy implications for issues such as the employment and use of NLW, unmanned systems/robots, cyber ops, etc.
• Promoting interoperability.

The Study Group recommends that:
• The operational concepts, capability requirements and potential solutions offered in this Study should be expended and further investigated using the USECT framework. This should include concept development and experimentation. This should also consider modelling and simulation tools to support the process.
• The capabilities described in this study, and solutions developed are reflected in NATO’s Defence Planning Process as Long Term Requirements.
• NATO should establish a Branch level lead within SHAPE to provide oversight and be the focal point for future urban activities.
• Points of Contact should be nominated in other appropriate HQs and offices to co-ordinate urban related efforts.
• NATO should establish an Urban Operations Working Group with a lead nation2 to serve as a focal point in support of SHAPE, to co-ordinate NATO and member nations’ urban related efforts and to build a plan based upon directions identified in this study.
Finally the Study Group recommends that RTB should endorse this study and its recommendations and forward them to the Military Committee, the Conference of National Armaments Directors (CNAD) and the Strategic Commands. 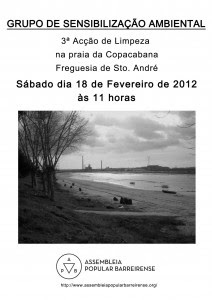